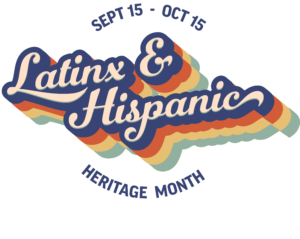 Latinx and Hispanic Heritage Month (“HHM”) takes place from September 15 through October 15 and celebrates the history, culture, and contributions of Americans whose ancestry can be traced to over 20 countries in Latin America, including Mexico, Central and South America, and the Caribbean. HHM started in 1968 as a week-long celebration under President Lyndon Johnson. The celebration was later expanded into a 30-day period, from Sept. 15 to Oct. 15. HHM became Public Law (100-402) on Aug. 17, 1988 and since then has been celebrated every year. The start date of September 15 is in remembrance of Costa Rica, El Salvador, Guatemala, Honduras and Nicaragua – each country celebrates its national independence on that date. Mexico celebrates its independence on September 16, Chile on September 18, and Belize declared its independence on September 21.

While HHM has traditionally been perceived by many as a time of celebration, the conversation has become more complex in recent years. Hispanic and Latinx populations are growing in the U.S., with the 2020 US Census reporting 62.1 million people who identified as Hispanic or Latino, making up 18% of the total population.  Latinos identifying as white fell from about 53% in 2010 to about 20% in 2020. By contrast, those who identified as “other” rose from 37% to 42%, and those identifying as two or more races jumped from 6% to 33%. These shifts bring into focus what many argue is a need to amplify Black, indigenous and brown Hispanic and Latinx individuals during HHM and beyond. As Saudi Garcia, a racial justice activist and facilitator for the conflict resolution organization In Cultured Company (which focuses primarily on Dominican-Haitian relations), points out, HHM should go beyond mere celebration, and instead focus on intercommunal conversations that will move our communities forward.

Here are some events taking place in Tampa Bay in celebration of HHM: